Education is my thing. The art of teaching is not to be taken lightly and I am the Picaso of teaching! I design my lessons to help make my students successful and gather data to support their learning, which helps me to make better lessons and hone my art. Teachers know that student learning needs differentiation and focus to lead to student engagement, and engagement needs to lead to student growth, and in conjunction it leads to teacher growth. With this in mind, there have been times my activities haven’t gone as planned – even as a seasoned teacher my plans have been foiled. Read on for the rest of the story.

Planning curriculum is my passion. It’s like a natural ‘high’ experience, a drug I can’t seem to shake. The satisfaction I feel after I have challenged students’ thinking is amazing, but the credit can’t be all mine. As we know, the students have to show interest to engage. The #1 question I hear is ‘why do we need to learn this’ and if I don’t have a brilliant answer, I might as well forget it, because I’ve lost them and they know it. Sometimes the student learns, sometimes the teacher learns.

My students come from many backgrounds. If you are a teacher, then you understand what it’s like to teach in a Title 1 school. Just like us, kids are as different as night and day. I stopped believing that putting a group of 30 students into a classroom and expecting them to learn at the same pace and get along with each other is not realistic. Nor is it realistic to believe I am a super teacher who creates a learning environment so remarkable, they become focused, engaged and cohesive geniuses, but challenge accepted!

A few years ago, I had a group of fourth-grade students who had issues with getting along with each other. Two of them were arguing with each other every chance they had and therefore causing a sizeable amount of community breakdown. In addition, my understanding of the class played a big part of the problem. I was new to the school so I dug in deep to learn about them. I learned where they were from, how they lived, who they lived with, their likes and their language. As a result, we came together as a class, but our two friends continued to argue through the year.

During that year, I learned the phrase ‘mean-muggin’. While we were sitting in a morning meeting, a kid (J) looked at me and said, “Mrs. Anderson, K is ‘mean-muggin’ me. I looked confused and asked, “What does that mean?” We all laughed as they explained the phrase to their ‘not-so-with-it’ teacher. Apparently it means to give someone a mean look.

Unfortunately, the behavior between J & K continued for weeks. They had a knack for ‘getting up in each other’s faces’ (another phrase they had to explain to me), and it was apparent they were passionate students by the use of their words and body language. There were many times I had to step in between them before it came to punches, and there were times they would sit together as friends.

The Student is the Teacher

One day I was eating lunch at my desk when J came running into the classroom. He stopped, pushed over K’s desk, and then ran over to the corner. He sat down on the floor with his knees bent, elbows folded over and his head down. Being that the desk and scattered contents lay on the floor, it was apparent that J & K had been at it again. For the purpose of giving J his space, I waited before I walked over and asked, “Do you want to talk about it?” He replied no by shaking his head. “OK, but you know where I am if you need me.” I heard him whisper, “I hate this school” as I walked to my desk to finish my lunch and keep a close watch on his mood.

Later, the Assistant Principal walked into the room and over to me. In a low voice he told that J and K were arguing again (over what, I forget) and that J had ran off the playground furiously, which is why they were looking for him. This behavior was not abnormal for J. He had been known for escalating incidents before and then come find me to chat. Sometimes he wanted to talk, sometimes he didn’t.

The AP and I walked over to the desk that J had pushed over. We stared silently at the paper, pens, pencils and other desk items scattered on the floor. After a minute of staring, I broke the silence. “That must have felt good”, was all I could think of to say, imagining myself in the same place as J, wanting to lash out. Taking the place of J in my imagination helped me to understand his anger, understand his grief, and understand his need to use his voice. It felt good. 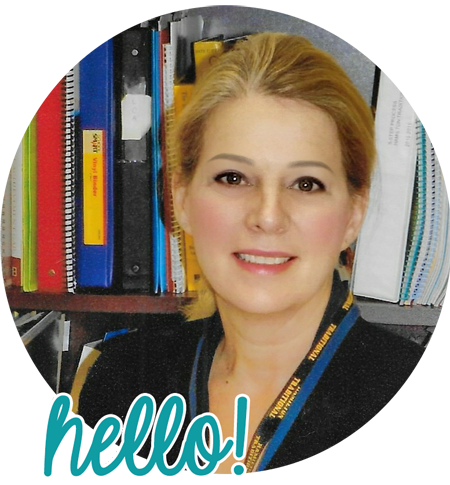 I'm a 20+ year veteran of teaching! My experience has led me to teach students in rural to urban schools and loved every minute! From teaching kids to teaching adults to mentoring teachers (and some administrators), it is a blessing to help move learning forward! I love my career! Read More

Keep coming back for new videos and blogs about RTI! Dismiss